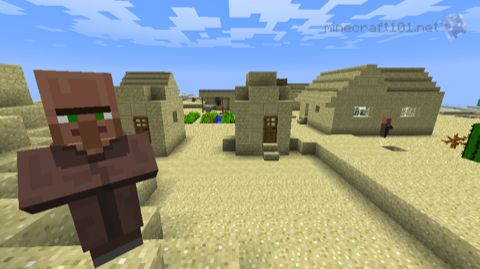 Sometimes when you are exploring you will find small villages with a few buildings, inhabited by some rather weird-looking villagers. These villages occur in plains or desert biomes, with different building styles in each place. 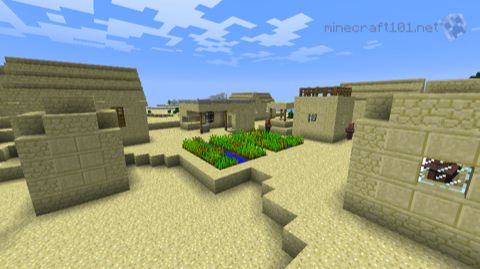 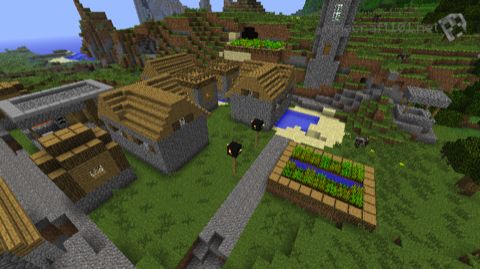 Most of the buildings are homes, but you will also find a tavern (with a stone slab bar and a fenced-off garden), a blacksmith, a library and/or a church. There will also be farms growing wheat or other crops, and a well.

Tip: if you move into a village and want to use the well as a water source, place some blocks below the surface so the water is only 1 block deep. 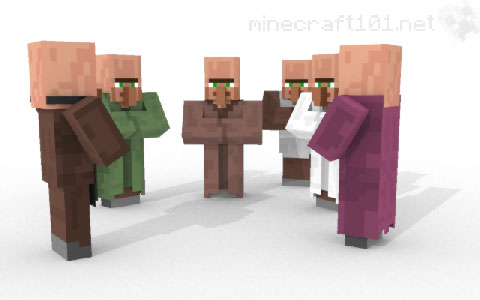 Villagers will wander around harvesting thei crops and looking at stuff during the day, and go home at night or when it’s raining. You can right-click on a villager to trade with him. Her. It.

Two things control the population of villagers; whether there is enough housing for them, and whether they are happy. If you keep your villagers happy (see Willingness below) they will breed until they have filled up all the available housing.

When a villager is willing to breed, you will see red hearts over its head. To make a baby villager, you need to have two villagers willing at the same time.

There are two ways to make villagers willing to breed: trade with them, and make sue they have plenty of food.

Trading with a villager for the first time will make it willing; after that, there is a 1 in 5 chance each time you do a repeat trade.

The other thing that makes villagers willing is having plenty of food. Villagers usually carry some food around with them, and sometimes you can see them givng food to one another. If you throw food to villagers then that will ensure they have plenty and will encourage them to breed. Bread works best, but carrots and potatoes are good too.

After breeding, villagers will lose their willingness and require further encouragement, so keep feeding and trading with them as long as you want to increase the population.

Villagers will only get together and have babies if there is enough housing for them, so if you want to increase the population of the village you will have to build more houses.

Villagers count doors rather than actual houses, so to increase the population of your village, you should build houses with plenty of doors. For a door to be counted, it needs to go from “inside” to “outside”: i.e. you must have a roof to one side of it and open sky to the other.

Just adding more entrances and exits to the houses that are already there will help you increase the population.

Every three valid doors you add will increase the maximum population by one.

Villagers see this small building with 9 doors as 9 houses, so it will increase your maximum village population by 3.

Build any new houses within about 32 blocks of the centre of the village to help the villagers find them.

If you new build houses well away from any existing village, and somehow get some villagers to move there (perhaps by putting them in minecarts) you can found a new village.

You can trade with villagers using emeralds as currency. The easiest way to get emeralds is by selling things to the villagers, but they can also be found in chests or mined. Right-click on a villager to open the trading interface.

Each villager offers certain trades, depending on his profession. Click on the left and right arrows to see them all. After you have made the same trade with him a certain number of times, this will open up a number of additional trades.

Find out about all the villager trades here 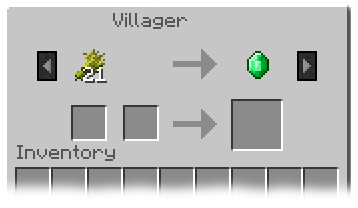 This guy wants to buy wheat. Place 21 or more units of wheat on the left, and an emerald will appear in the big box on the right.

The easiest way to gain emeralds is to move into a village and take over the wheat farming duties. You will also find villagers who want to buy many other things. 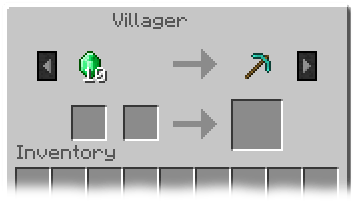 This guy wants to sell a diamond pickaxe for 10 emeralds.

You will also find a lot of villagers trying to sell stuff. This can be a good way to get diamond tools early in the game if you’re lucky, or it can be a really expensive way to get some leather boots.

TIP: Some of the items that can be traded for are hard to get otherwise: Eyes of Ender, Saddles, and if you’re lucky, really useful enchantments. Save your emeralds for these! 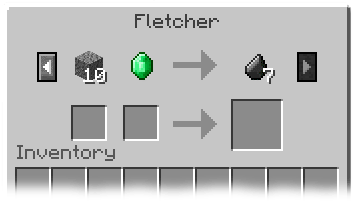 This villager is offering to turn gravel into flint for you. To take him up on the offer, place the gravel and payment on the left, and collect your flint from the right hand side.

Some villagers offer to perform a service such as turning gravel into flint or cooking fish.

Every now and then, a horde of zombies will attack the village. Will you save the villagers, or will you abandon them to their fate?

In one of these sieges, large numbers of zombies spawn, even if it would normally be too well-lit. They attack the villagers, and at hard difficulty levels, can break down doors to get to them. 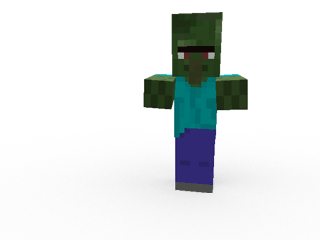 If a villager is killed by zombies, he may rise from the dead and join them (50% of the time at Medium Difficulty, 100% on Hard).

<You can cure a zombie villager by throwing a Splash Potion of Weakness at him, then feeding him a Golden Apple.

The only defence the villagers have against zombies, unless you are feeling heroic, is Iron Golems. These will appear in large villages (16 or more villagers) and help defend against hostile mobs. 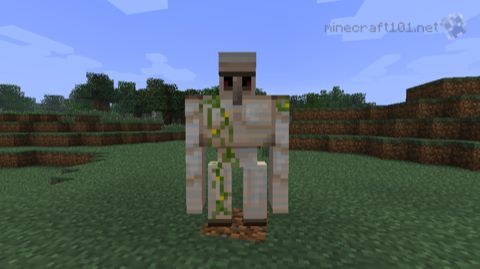 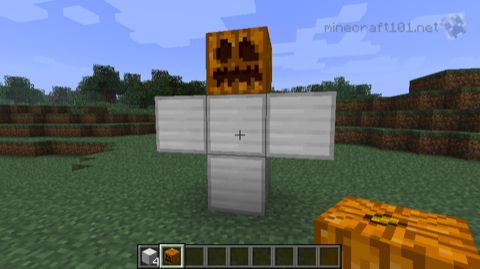 You gain popularity with a village by trading with the villagers, and you lose popularity by attacking or killing villagers or their golems. If your popularity gets bad enough, the golems will attack you.