Minecraft 1.8 was released on September 2, 2014. Many of the changes are “under the hood” — they affect the way the game is programmed, and make it easier for people to make resource packs and downloadable maps.

Still, there’s lots of cool stuff for players to know too!

Warning: After you upgrade to Minecraft 1.8, you mustn’t open your world in an older version of Minecraft.

If you play Minecraft on more than one computer, or you use different versions for some reason, this is important! Now would be a good time to make a backup if you’re not sure.

The next thing to know is that the new world features described below will be available in your existing world, but only in areas that you have not previously visited. 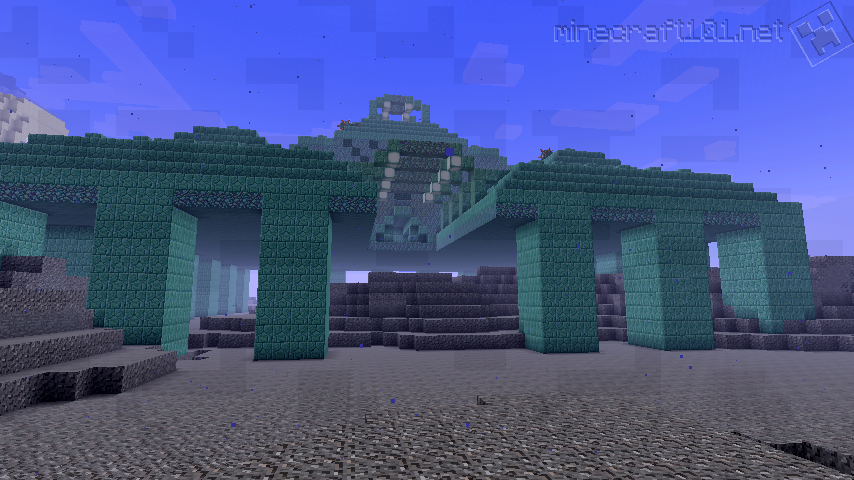 It’s always exciting when new creatures come to share the Minecraft world with you! 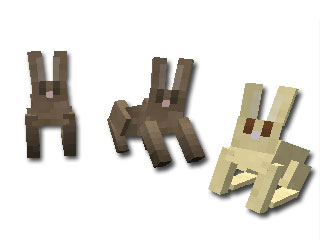 Rabbits are a new type of mob that can be tamed as a pet. The taming process is much like with Ocelots, except that instead of fish you need to use Carrots.

When a rabbit is killed, it might drop a number of things:

Cooked Rabbit Meat can be combined with a Baked Potato, a Carrot, a Mushroom (either colour) and a Bowl to make Rabbit Stew, which is the most filling food in the game. 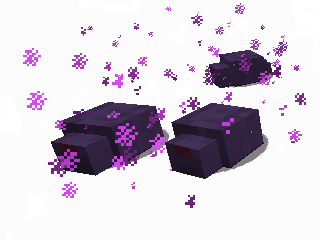 Endermites are new mobs that sometimes appear when an Enderman teleports or when you throw an Ender Pearl. Endermites will attack you on sight, and you don’t get anything good if you kill them. OK, it’s not always exciting when new creatures come to share the Minecraft world with you. 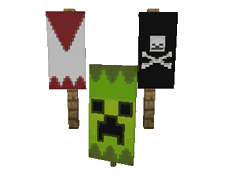 Banners are like flags that you can hand on the wall or plant in the ground. There are millions of possible designs.

Doors, Fence Gates and Fences can now be made in different colours by using different types of wood. 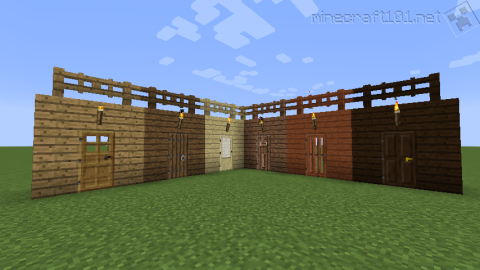 To accommodate this, the recipe for Fences has been changed: 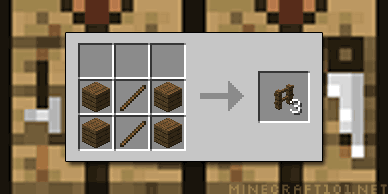 Trap Doors can now also be made with iron.

There are lots of new blocks to build with: 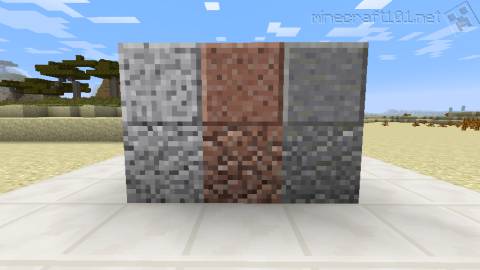 There are three new types of stone that can be found in the world: Diorite, Granite and Andesite. In the real world, these types of rocks are all igneous, meaning that they are formed when lava cools. At present, however, there is no connection between these stones and lava in Minecraft.. They can be found mixed in with normal stone anywhere you dig.

The new stones can also be crafted:

Diorite can be crafted from Cobblestone and Quartz.

Granite can be crafted from Diorite and Quartz.

There are polished versions of each of the new stones, made by crafting 4 blocks together. 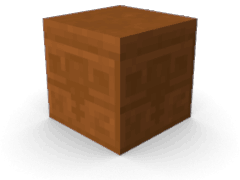 Another new stone is Red Sandstone. This is the kind of Sandstone you get from the red sand that was introduced in the previous big update. Red Sandstone can be crafted from Red Sand, and like the yellow version, used to make slabs, stairs and smooth and chiseled variants. 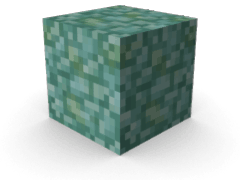 Ocean Monuments have their own kind of stone called Prismarine. There are several variants and also a new kind of underwater lamp called a Sea Lantern. 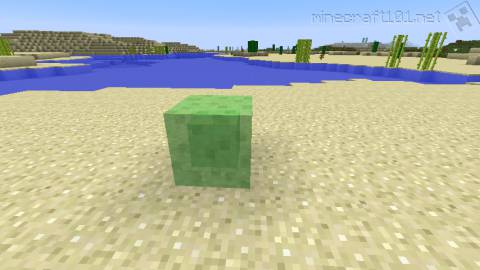 These are crafted from 9 Slimeballs.

They are bouncy! Landing on one even from a great height does no fall damage. Holding down the jump key as you land stops you bouncing. More here. 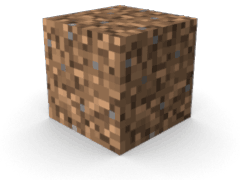 Coarse Dirt is a special kind of dirt that wpn’t turn ont grass You can find this dirt in certain biomes.

Using a hoe on Coarse Dirt will turn it into normal Dirt. 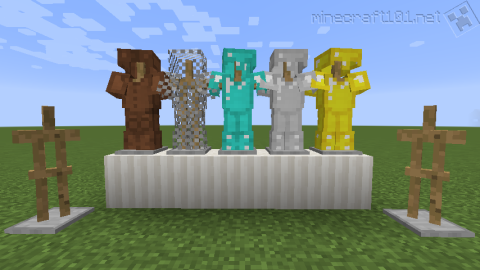 Armor Stands are a new craftable item that lets you show off your armor. 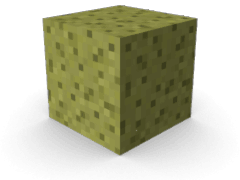 Sponges are blocks that can be found in Ocean Monuments. When you place a Sponge block it will absorb any water next to it, up to a 5x5x5 volume.

This will convert the Sponge into a Wet Sponge, which cannot absorb any more water.

You can dry a Wet Sponge using a Furnace.

The years-long nightmare of not being able to eat sheep is finally over. Sheep now drop Mutton when killed, and of course you should cook it before eating it!

Rabbits also drop meat, which can be cooked, but then you can go a step further and turn that meat into Rabbit Stew. This is the most filling food in the game!

There are big changes to the way you can trade with villagers.

Villagers also have more to do during their day. Instead of standing around waiting for you to harvest their crops, they will do it themselves.

In this example, you can see that you will need 5 levels to be able to do the top enchantment, 11 levels for the second one, or 30 for the bottom one. However, when you do the enchantment it will cost you only 1,2 or 3 levels (along with 1,2 or 3 Lapis Lazuli).

If you mouse over the enchantment it will give you a clue about what you might get.