Monsters come out in the dark, so turn on the lights!

Mostly you will use torches to provide light, but a number of other items are practical light sources too.

One stick and one piece of coal or charcoal makes four torches. They're cheap as well as useful! 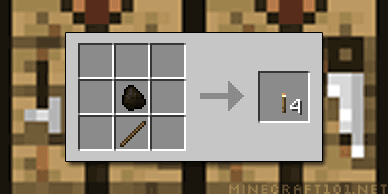 Put a torch into a pumpkin and what do you get? A decorative light source.

This block can be found in the Nether. When mined it breaks into Glowstone Dust, which can be reconstituted to make Glowstone.

Many wooden blocks can be set on fire with a flint and steel. The only thing that burns for a long time, however, is Netherrack.

Each block you travel away from the light source, the light level drops by 1.

Mobs can spawn when the light level is 7 or lower.

How to Space Your Torches

In a 1-block-wide tunnel, torches may be placed every 13th block (i.e. 12 empty blocks between) if at floor level, or every 11th block (10 blocks spacing) if at eye level.

Place a row of torches with gaps of 11 blocks between them (a torch every 12th block). 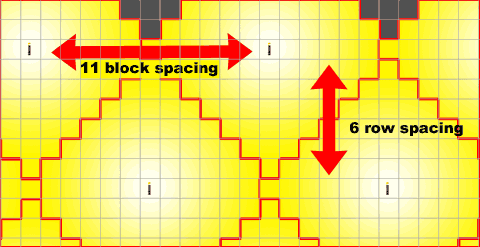 Check levels with a redstone torch

It seems a little bit like cheating, but you can check your current light level where you are standing. The debug screen that comes up shows various information about lightinf; the light level you are interested in is "rl". 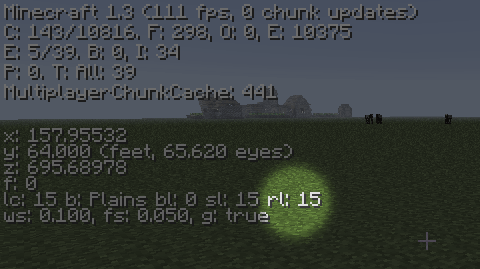