Ender Pearls and Eyes of Ender

Ender Pearls are dropped by Endermen when they die. It is also possible to trade for them in Villages.

If you throw an Ender Pearl, you will be teleported to where it lands. You will take some damage, but this is reduced by enchanted armour.

If you are falling, you can use an Ender Pearl to survive the drop by throwing it at the ground before you land.

Eyes of Ender are crafted from Ender pearls and Blaze Powder. 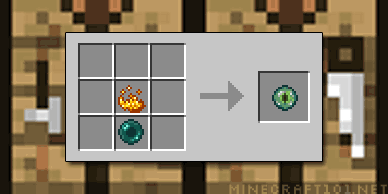 Blaze Powder is obtained by killing Blazes in the Nether.

Throw an Ender Pearl and it will rise into the air and signal the direction of the nearest Stonghold, before falling to the ground. Pick up your Eye of Ender, and travel for a while in that direction, and repeat the process.

When you are near the Stronghold, the Eye will hover low over the ground instead of rising into the air. Now you know where to start digging!

Each Stronghold has an End Portal with 12 sockets for Eyes of Ender. 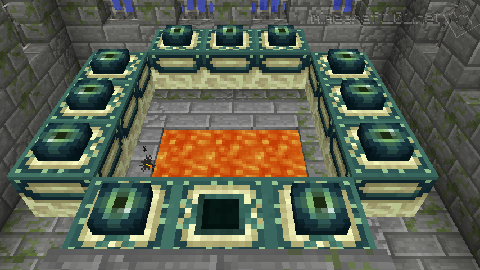 Fill the sockets with Eyes to activate the Portal!

Ender Chests are like cloud storage for your stuff. Whatever you place in them can be accessed from any other Ender Chest you place. You might choose to to keep one in your base, one in your mine, and one in the Nether.

Ender chests are made by crafting an Eye of Ender with Obsidian. 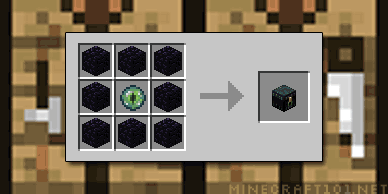 If you break an Ender Chest, you will only get 8 blocks of Obsidian back; you will need anothe Eye of Ender to make a new one. A tool enchanted with Silk Touch will allow you to recover the Ender Chest intact.

When an Ender Chest is destroyed, items inside are not dropped but remain in storage. If you destroy all your Ender Chests, you can get your stuff back by placing a new one. 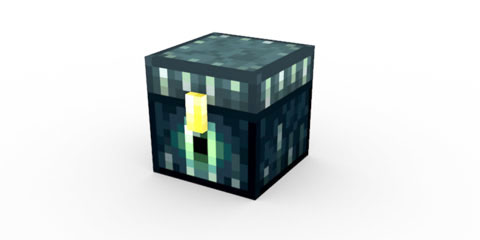