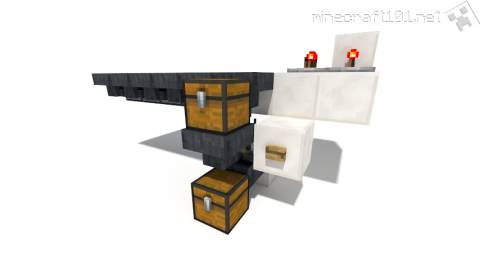 This automated potion brewing station is easy to understand and build. You can make one for each type of potion you regularly need: perhaps one near your chicken farm to make Splash Potions of Harming, and one near your Nether to make Potions of Fire Resistance.

When you press the button, the three potions in the brewing stand are dispensed into the chest at the bottom. All the ingredients for making the nextbatch of potions will be queued up and brewing will start.

What you will need 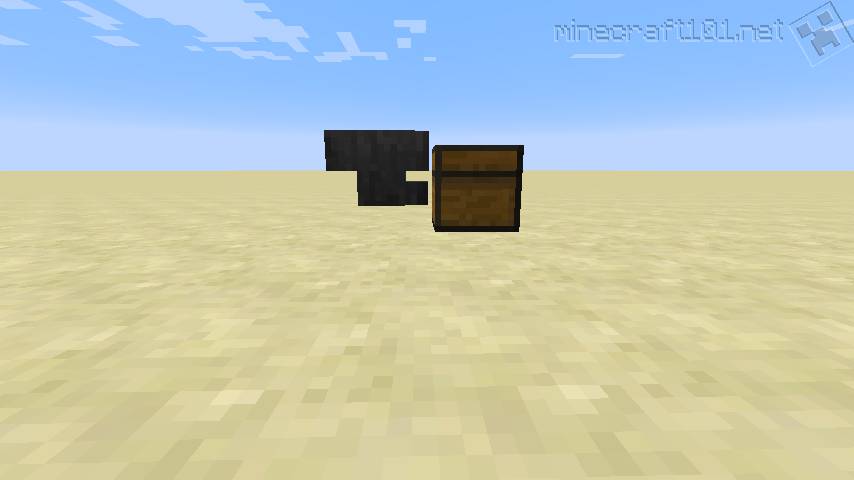 First place a chest with a hopper feeding into the back of it. This is where the potions will be delivered after brewing.

To attach the hopper to the back of the chest, hold down "SHIFT".

Place a Brewing Stand on top of the Hopper.

Place a Wooden Button on a solid block next to the Brewing Stand.

It needs to be a Wooden Button, not a Stone one.

Go around the back and place a Redstone Torch on the block with the button, and another block with Redstone Dust as shown.

Place a Chest on top of the front Hopper. This is where Water Bottles will be stored.

Now place a row of hoppers all feeding into the top Hopper. You will need between 2 and 5 of these depending on which type of potion you want to make.

Place a dropper feeding into each of these hoppers. You will also need a solid block behind each dispenser.

Top view: Place some more blocks to provide a platform for the redstone wiring.

Place Redstone Dust and 3 Repeaters as shown. One of the repeaters will "lock".

This arrangement of Redstone Repeaters functions as an Edge Detector. We use it here to convert the long pulse from the Wooden Button into a short pulse.

The Finished Brewing Station - Back View.

Load up the ingredients. Water Bottles go in the top chest. Potion ingredients go in the droppers, in the correct order. The first ingredient should be closest to the Brewing Stand, the second ingredient next closest, and so on.

Push the button. Potions will be dispensed into the bottom chest. A new batch of potions will start brewing. (The first time after building the brewing station, you will just get water, but after that it should work).

Allow the potions time to brew before pushing the button again.

You can access the brewing stand to see if brewing has finished.