Biomes are regions of the world with a particular kind of ecosystem, such as deserts, forests or oceans. Different biomes have different landscapes, plants and animals.

These are the main biomes you will find. 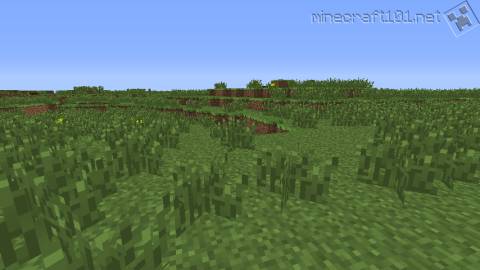 Plains are mostly flat, grassy areas. These biomes are good places to find horses and villages. Most types of animals can be found here. 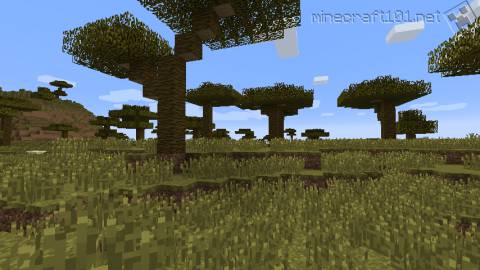 This is a variation on plains with yellowish grass and Acacia Trees. As with plains, horses and NPC villages can be found here. Although this biome looks like African landscapes, the animals are horses, sheep, cows and pigs, rather than the giraffes and zebras you might expect. 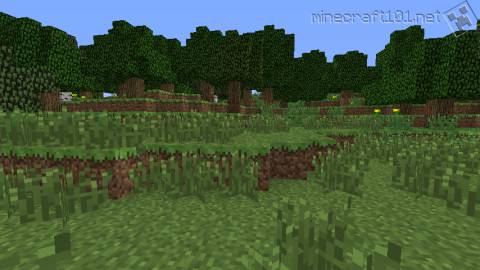 A Forest biome has a mixture of Oak and Birch trees. Here you will find wolves, and occasionally mushrooms. 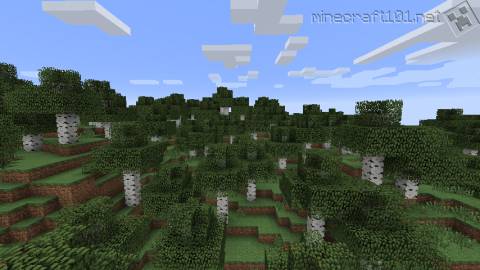 This is a forest variant with only birch trees. 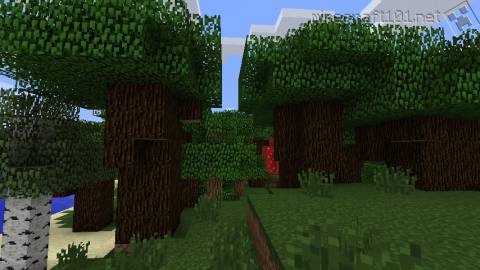 This is a dense, dark forest featuring a special type of oak tree with a fat trunk. You will also find giant mushrooms here. It’s dark enough under the trees for mobs to spawn even in the day, so be careful! 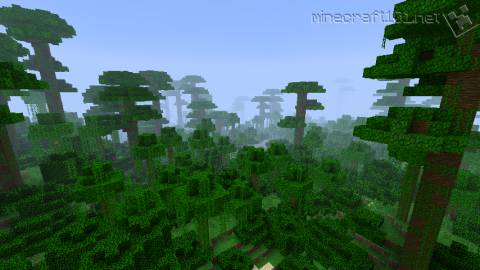 In the jungle you will find tall jungle trees with Cocoa Beans growing on them. There is also bushy undergrowth, making it hard to get around. As in the desert there are ancient temples to explore. There are spotted wild cats called Ocelots that can be tamed. 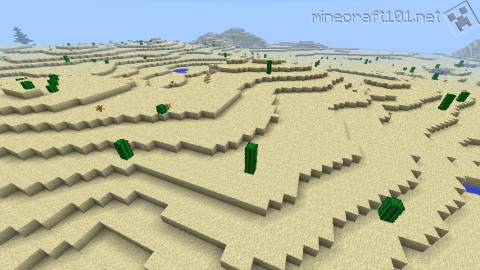 The desert has lots of sand. In the desert you will find cacti, NPC villages, and sometimes wells and temples built by mysterious strangers. There are no trees in the desert. Most deserts have very little water, but in some you will see lots of lakes and ponds, often with sugar cane growing next to them. 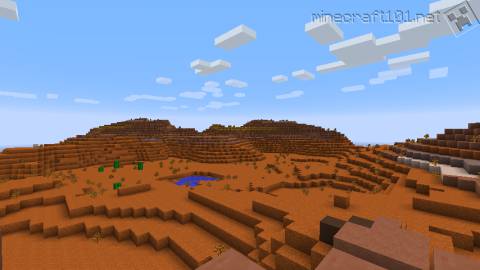 This is a variation on the desert theme, with red sand and hills made of hardened clay. 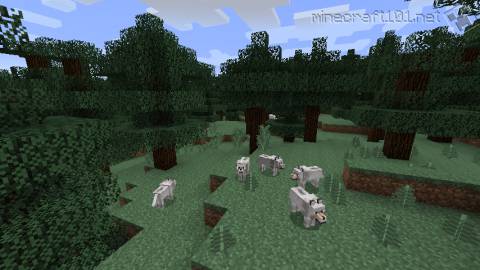 Taiga is a cold, Northern forest with spruce trees. There are three types of Taiga biome. The standard one doesn’t have snow on the ground. Wolves can be found in Taiga. 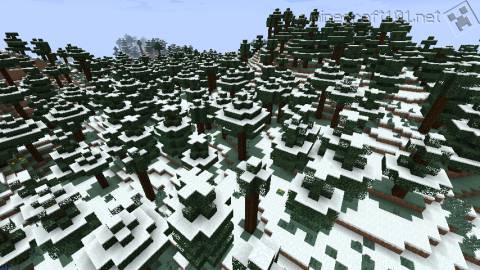 Cold Taiga is like regular Taiga, but even colder. So there’s a lot of snow! 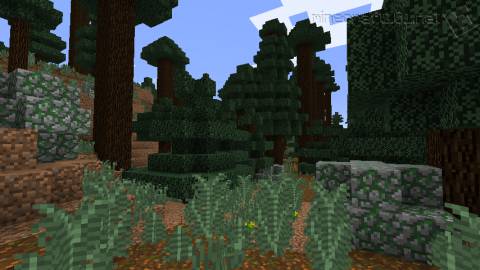 This is Taiga but even more so! In addition to the usual Taiga features, there are extra-large spruce trees, moss-covered roocks and lots of mushrooms. There’s also a new kind of soil called Podzol. 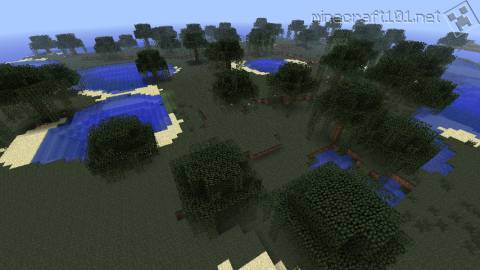 Swampland is flat, with lots of water and oak trees covered with vines. In the water you can find clay, and Slimes will spawn at night. In addition to mushrooms and sugar cane, you will find lily pads on the surface of the water. If you see a hut, beware, it’s where a witch lives! 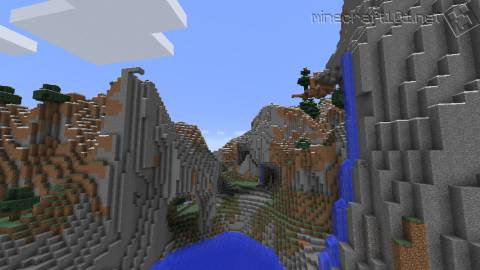 Extreme hills offer dramatic scenery and very few trees. There may be snow in the high places. Underground you may find emeralds.

There are several variations on the Ocean, including assorted beaches and Deep Ocean which is where you can find Ocean Monuments.

These are flat-topped hills that can be found in Savannah and Mesa biomes. 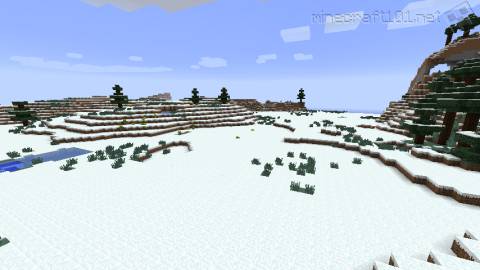 Other cold biomes include frozen versions of rivers and oceans.

Mushroom islands are the strangest of the lot! They are home to cow-like animals called Mooshrooms. Instead of dirt and grass they have blocks of mycelium, a dirt-like substance on which mushrooms grow to giant size.

Plains with lots of sunflowers! 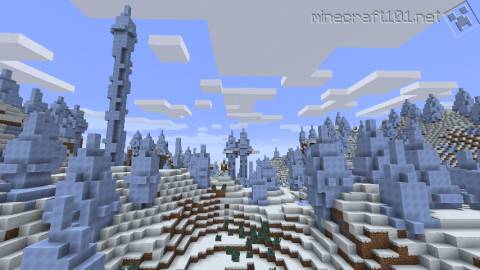 Many of these biomes have rare variants with more dramatic features: higher mountains and taller trees. There’s a lot to explore!